I had a great time at the Ronald Reagan Presidential Library and Museum in Simi Valley, California. President Reagan came from humble beginnings. He worked hard to build a multi-faceted career in entertainment and politics.

These two industries, entertainment and politics, have become bedfellows in this 24-hour news cycle in which we live. We all have a few friends who cannot satisfy their insatiable appetite for dirty gossip and rude awakenings.

Reagan didn’t “use” the entertainment industry to “push” his political message to a wider audience. Instead, he took a position on a divisive issue and articulated his reasoning in plain language. For example, Reagan switched to the Republican Party, stating publicly that he didn’t leave the Democratic Party, but the party left him.

Let’s take a quick look back to Reagan’s run for the Governorship of California. There is one statement in particular that shatters political correctness and shaped his political ideology. Reagan ran on the platform of putting “the welfare bums back to work”.

There are two things that need to be accomplished to satisfy this campaign promise. First, Reagan needed to create jobs. Second, the jobs needed to be filled by the bums on welfare. To do so, Reagan implemented public policy based on the ideal of less government regulation of the economy and less federal taxation.

I will run for office one day, and like Reagan, I will find a strong platform. I like the idea of “a dollar in your pocket is better spent then a dollar in your government’s pocket.” It’s a little wordy, but I have twenty years to work on it. I encourage you to visit the Ronald Reagan Presidential Library and Museum in Simi Valley, California. It was a great learning experience for this millennial. 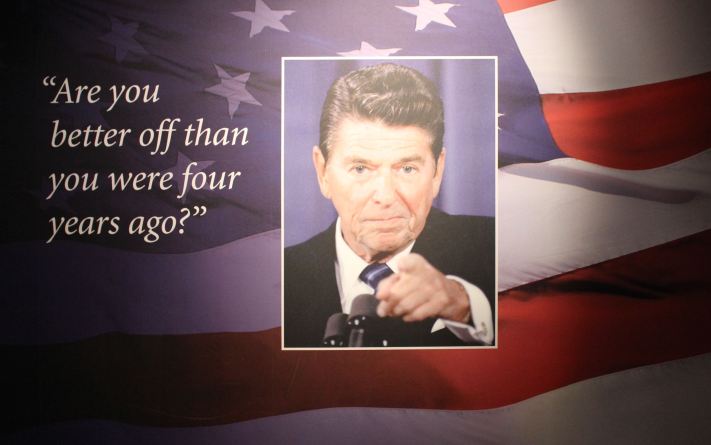 Thanks for reading my twenty-third blog post.
The Republican Millennial